Galleri Flach has the great pleasure to start off the autumn by presenting two artists; Tom Cullberg and Pauliina Pietilä. Painting as an artistic medium is central for both of them, but apart from that, their other settings are quite different. Tom Cullberg is born in Sweden but educated, living and working in Cape Town, South Africa since many years. Pauliina Pietilä grew up in Finland, but living and working in Sweden after her education at the Malmö Art Academy. Different circumstances create different stories but somehow the threads often tend to cross. Nevertheless, at this occasion, the essential is not to seek artistic overlaps or possible parallels between the artists. It is rather a question of encountering two artists with different directions and starting points, and to be attentive to what is embedded in their different narratives. 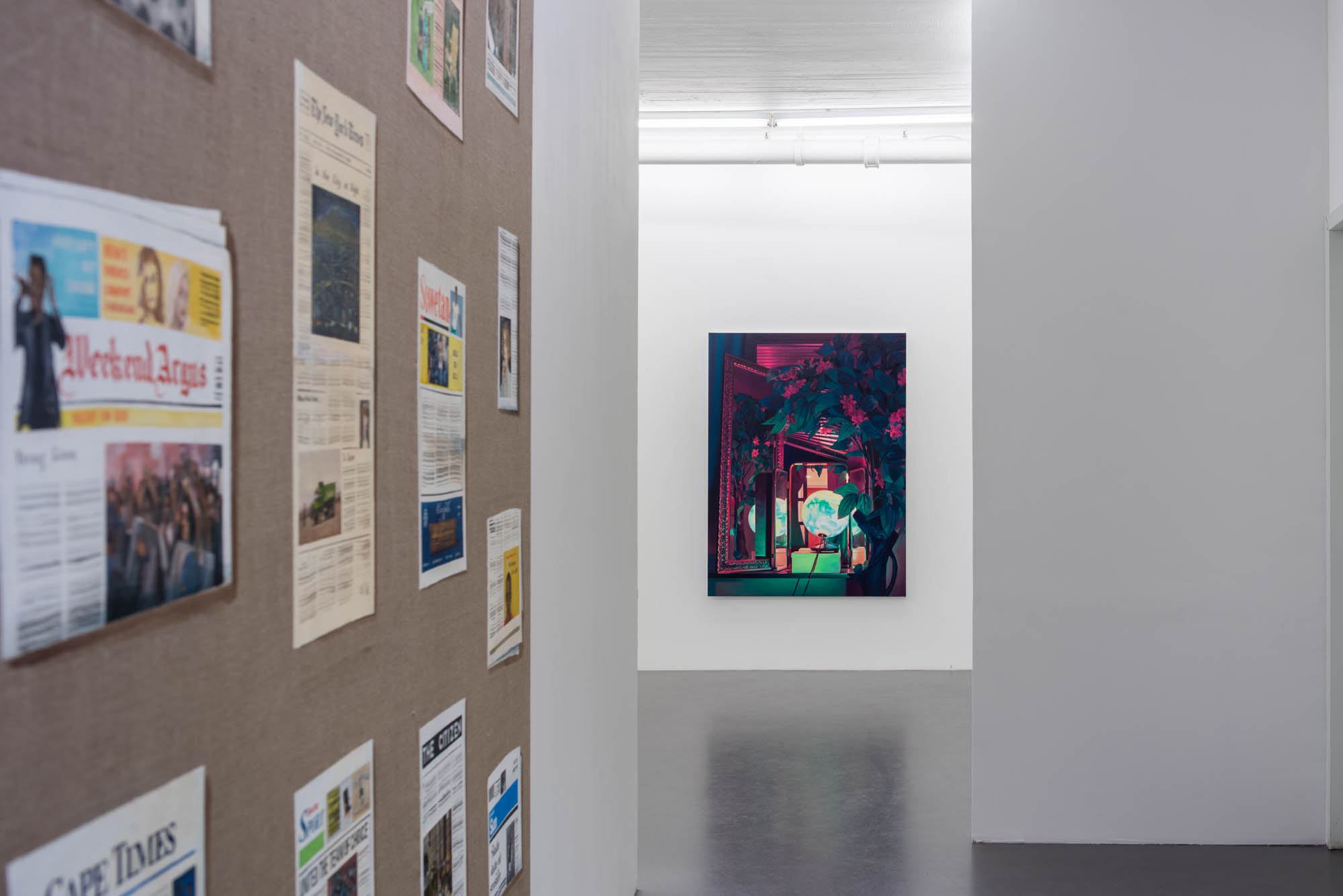 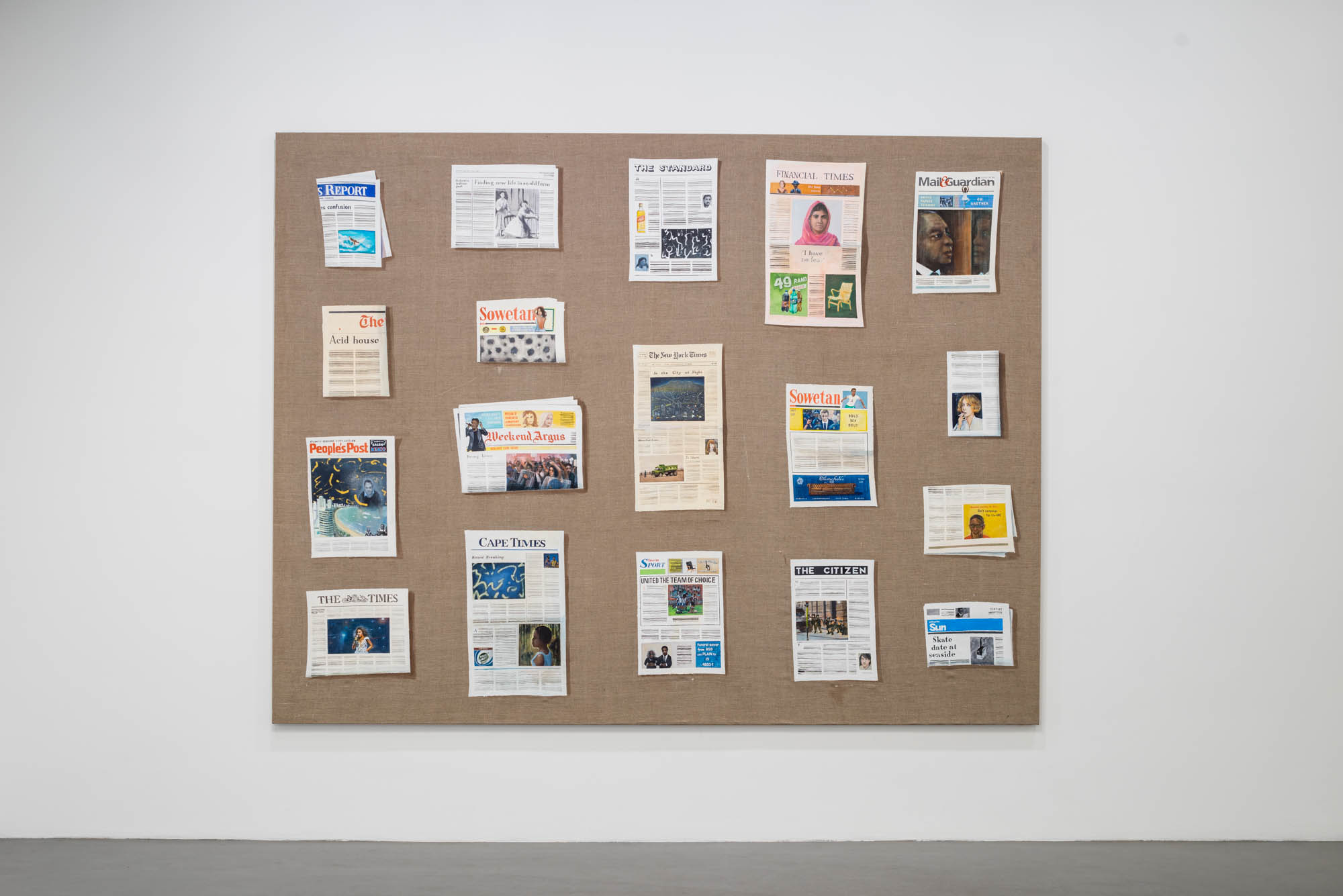 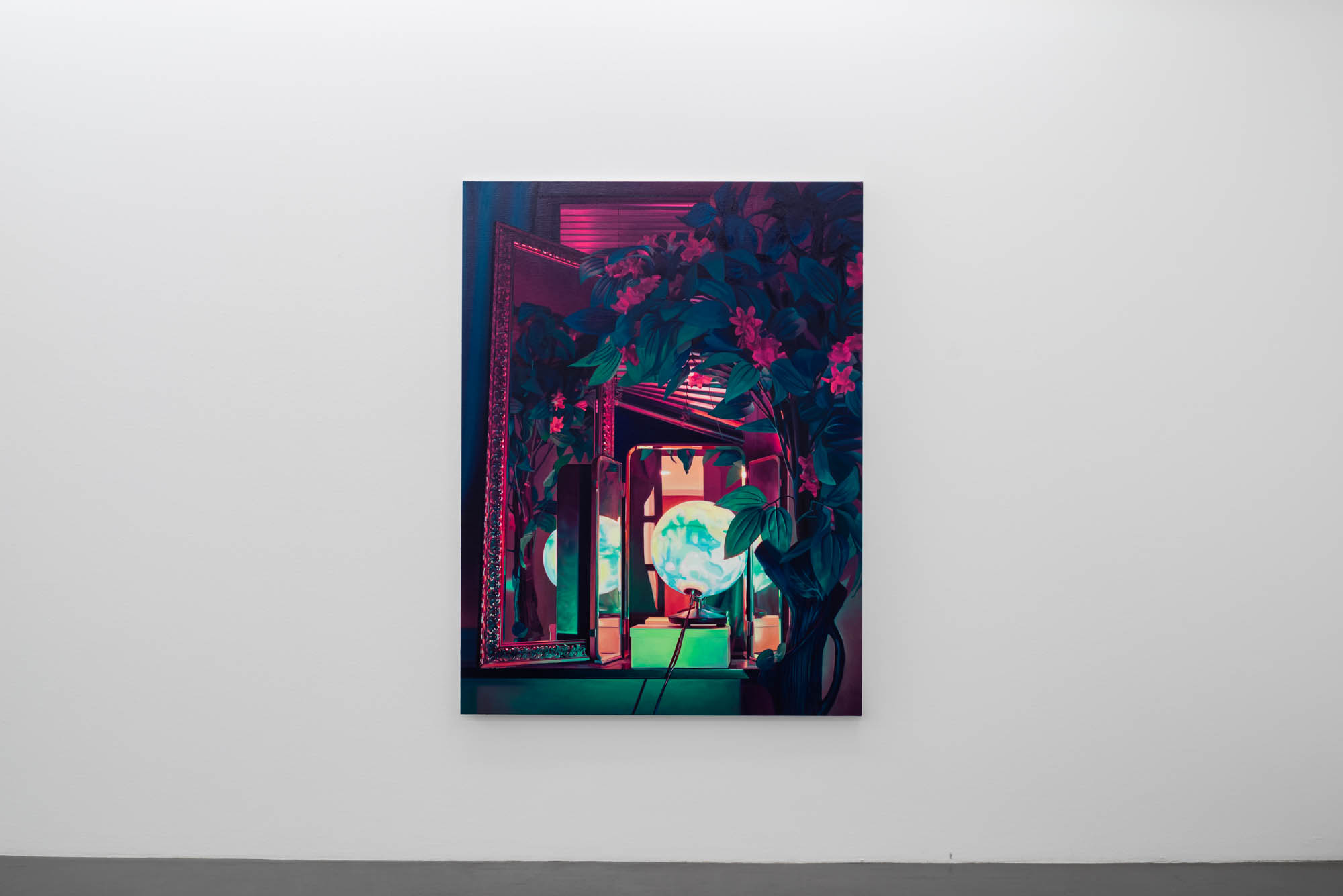 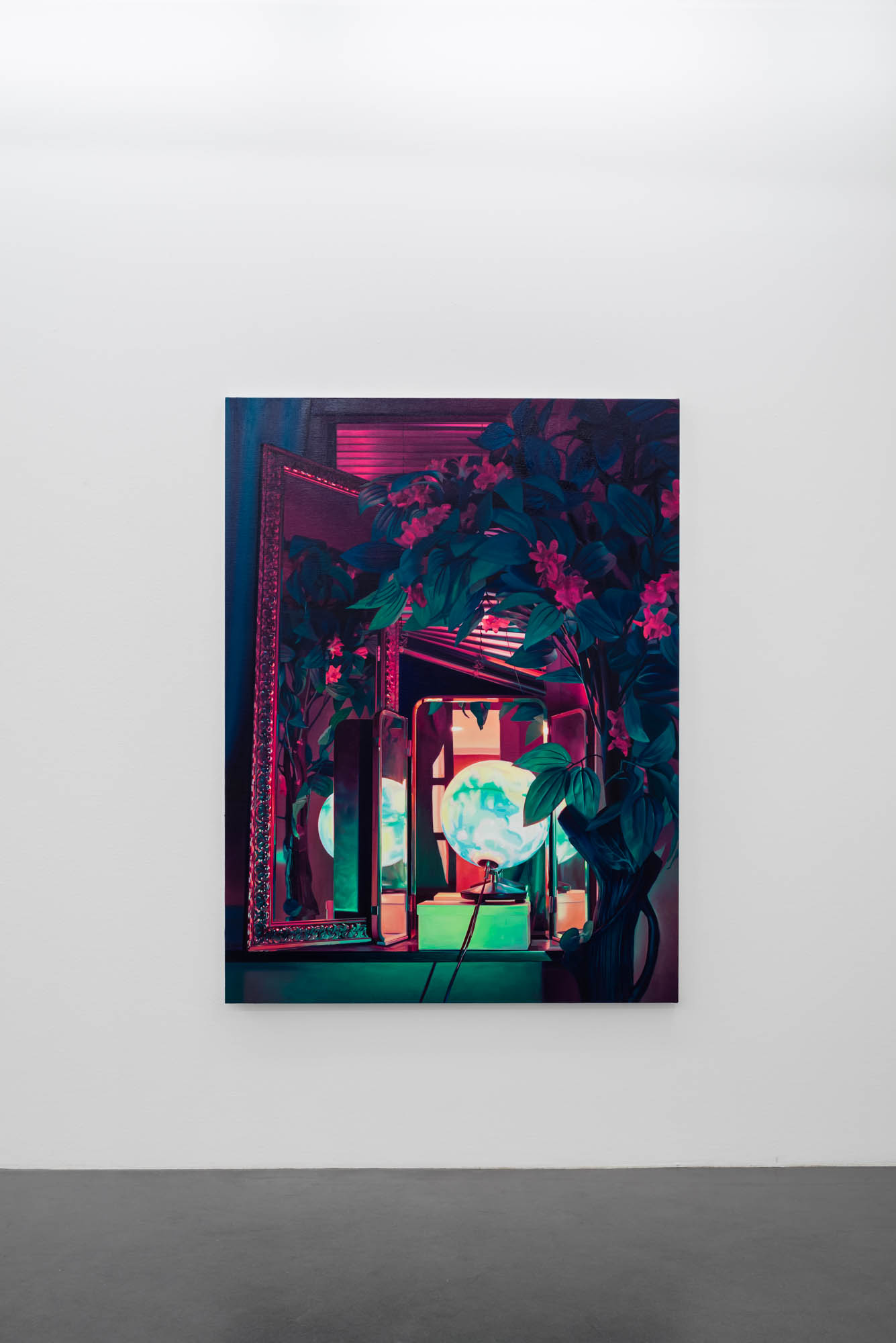 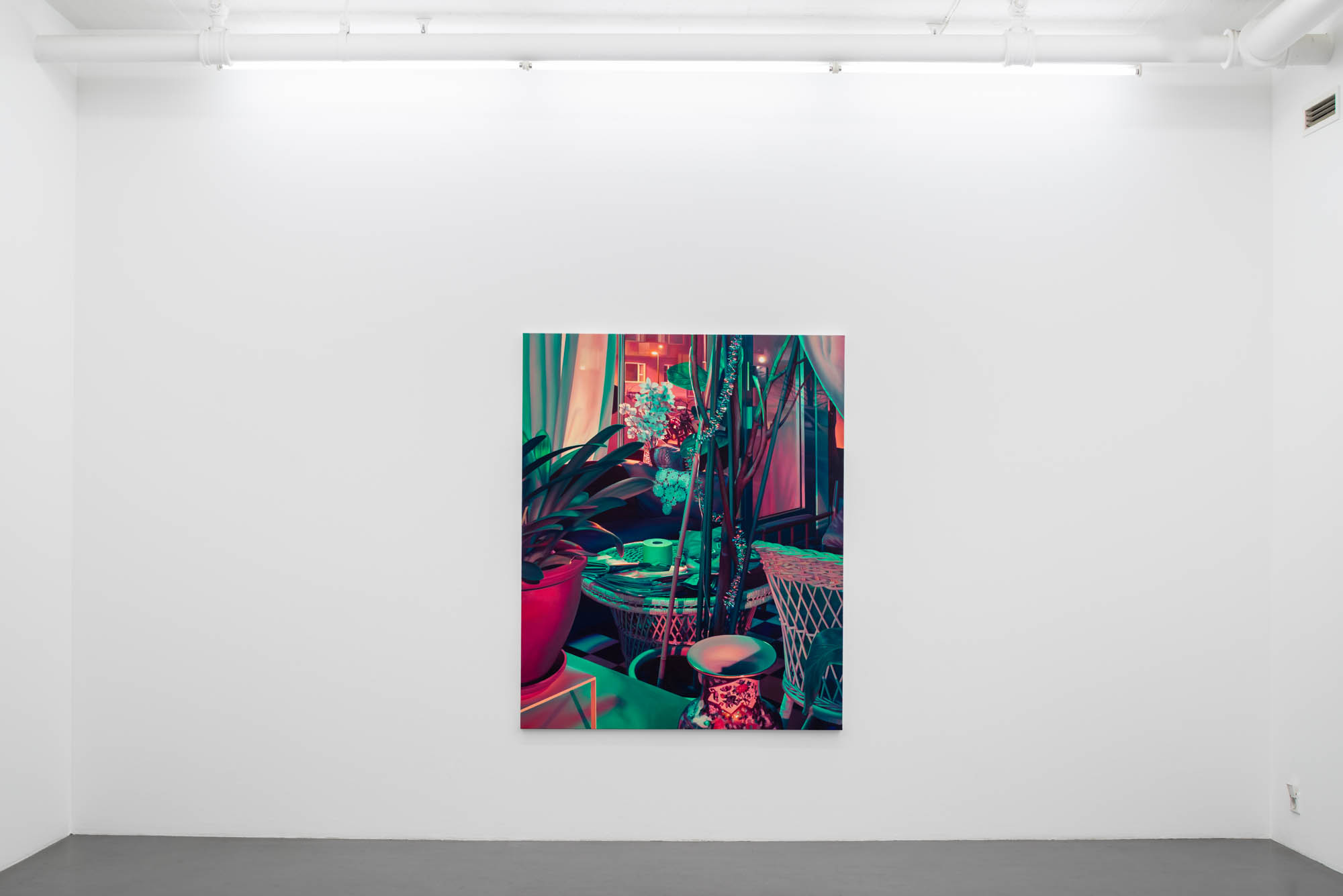 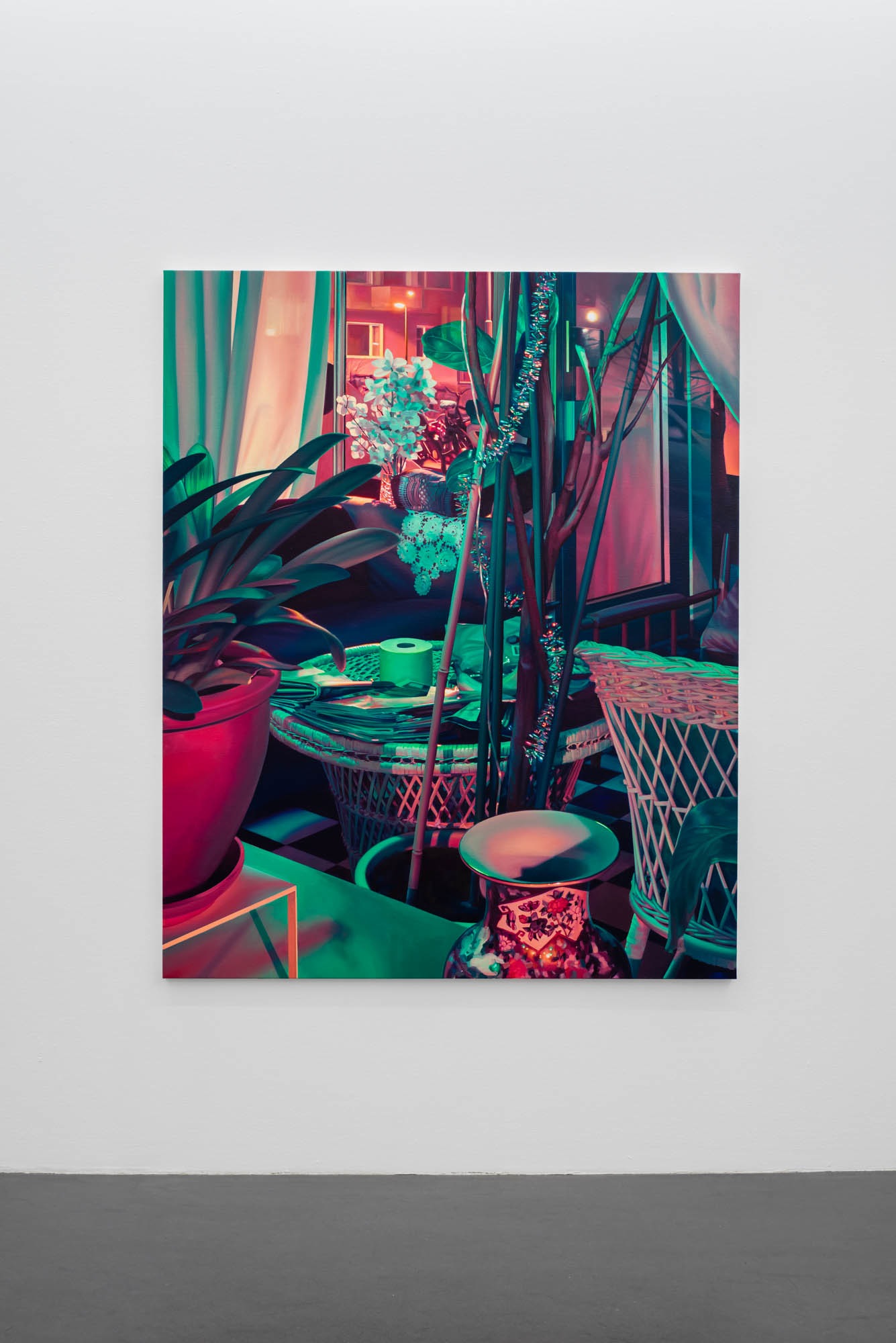 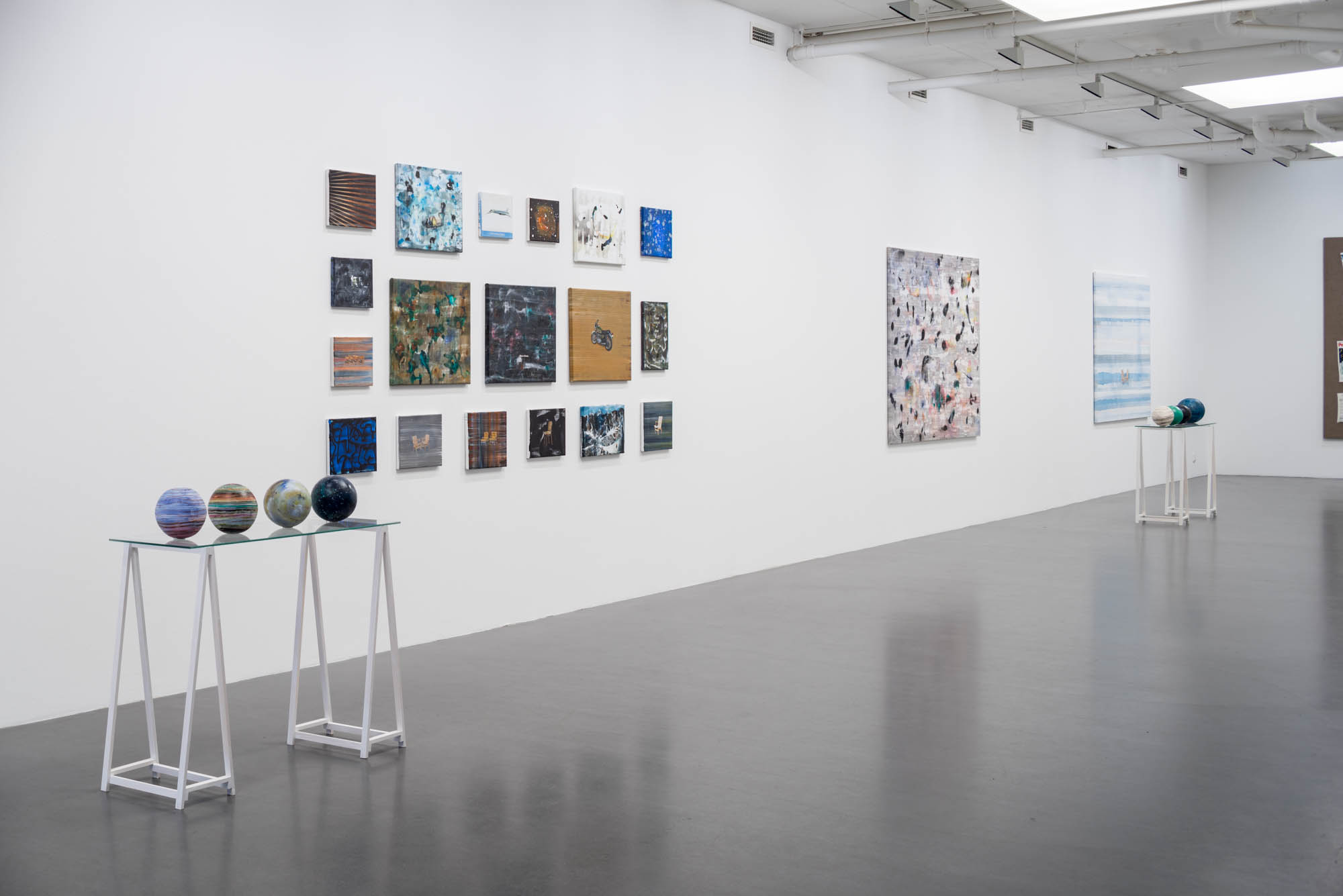 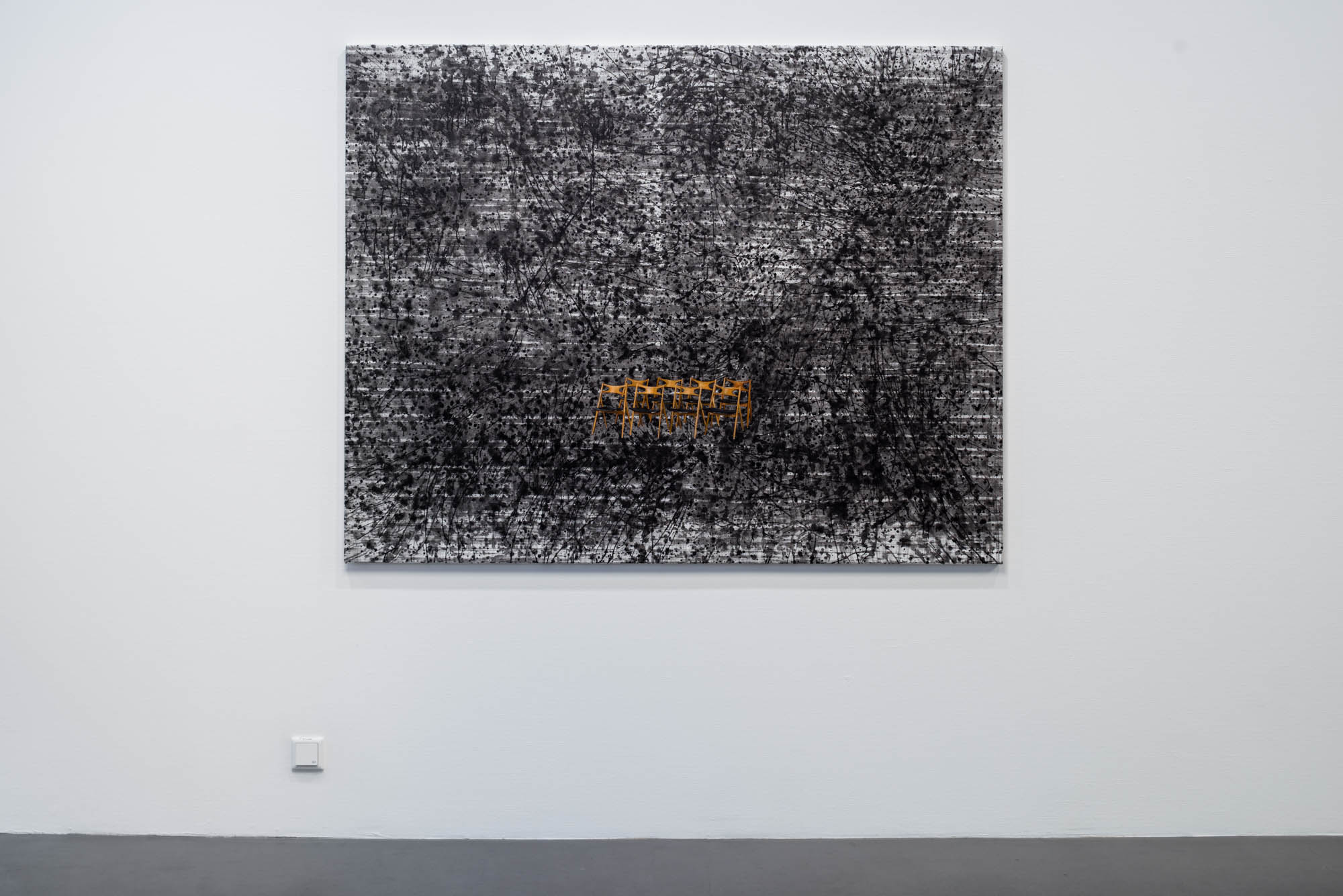 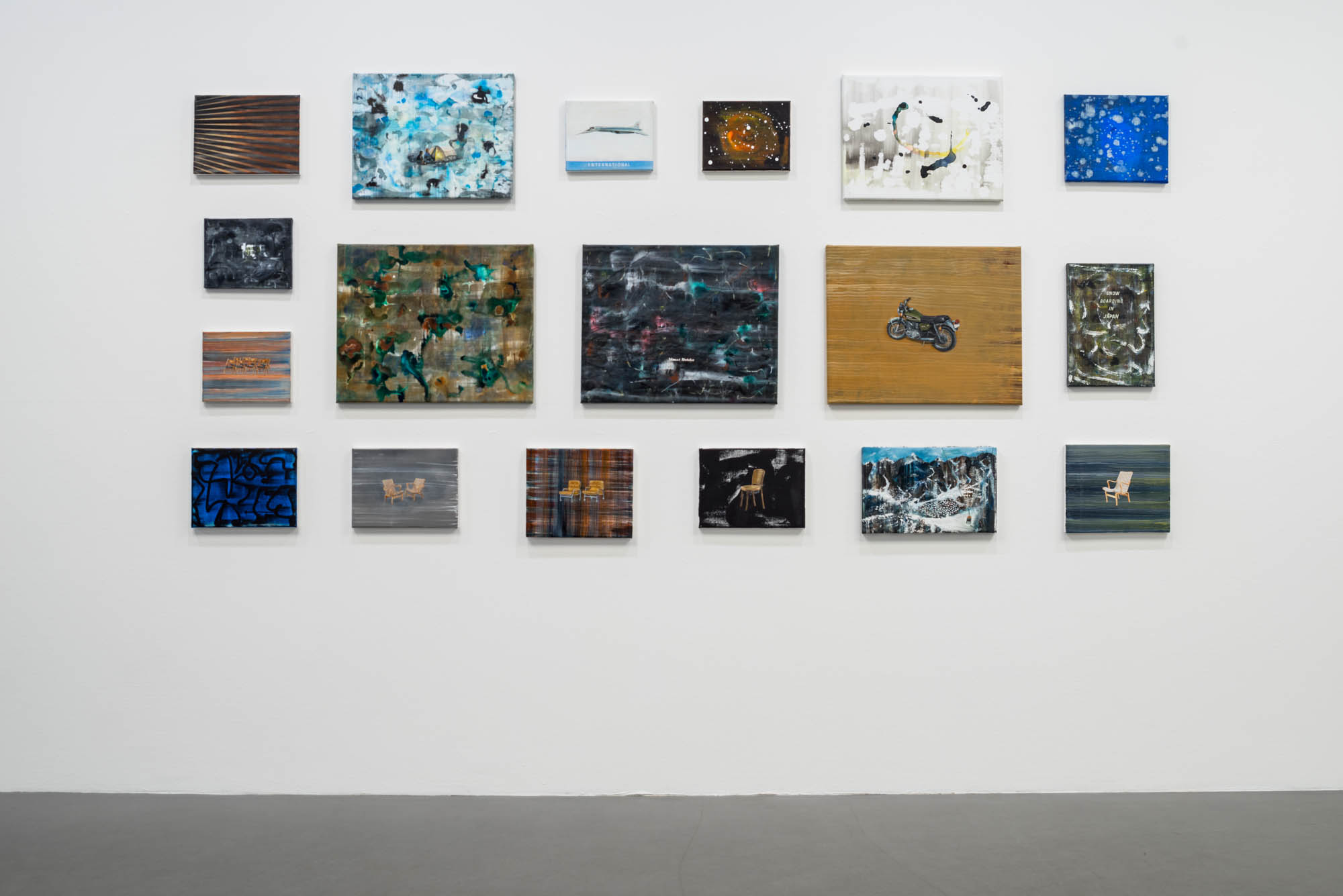 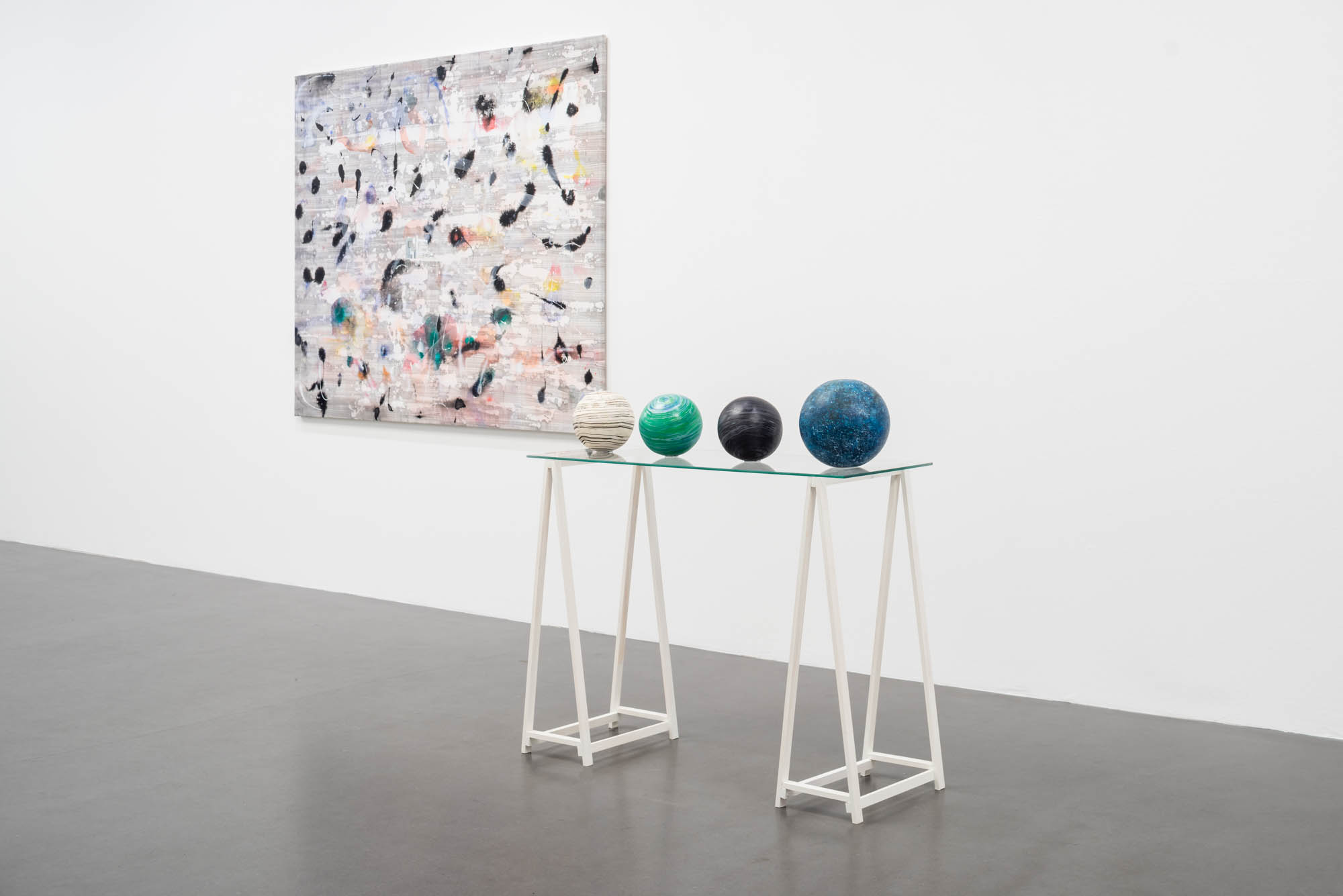 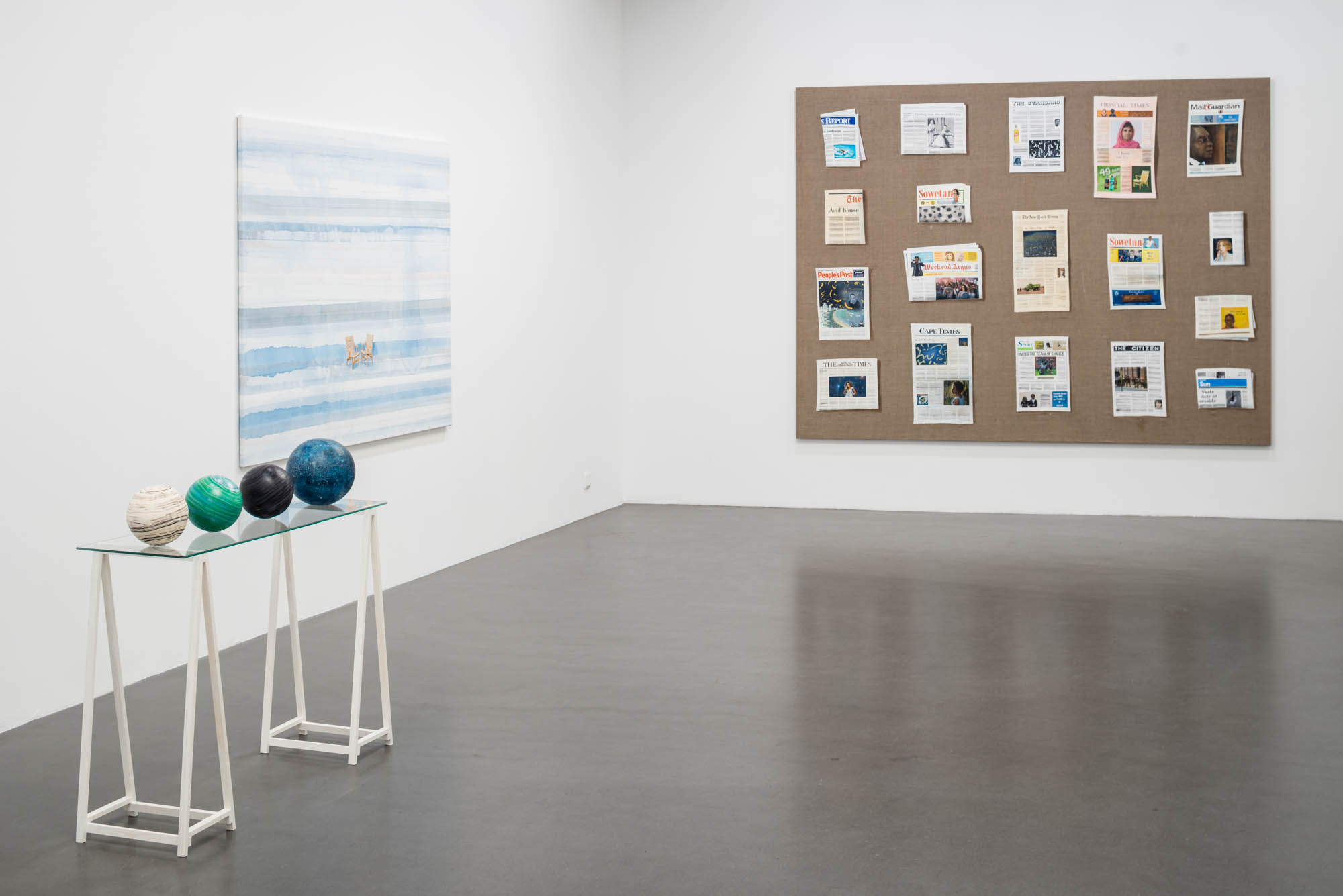 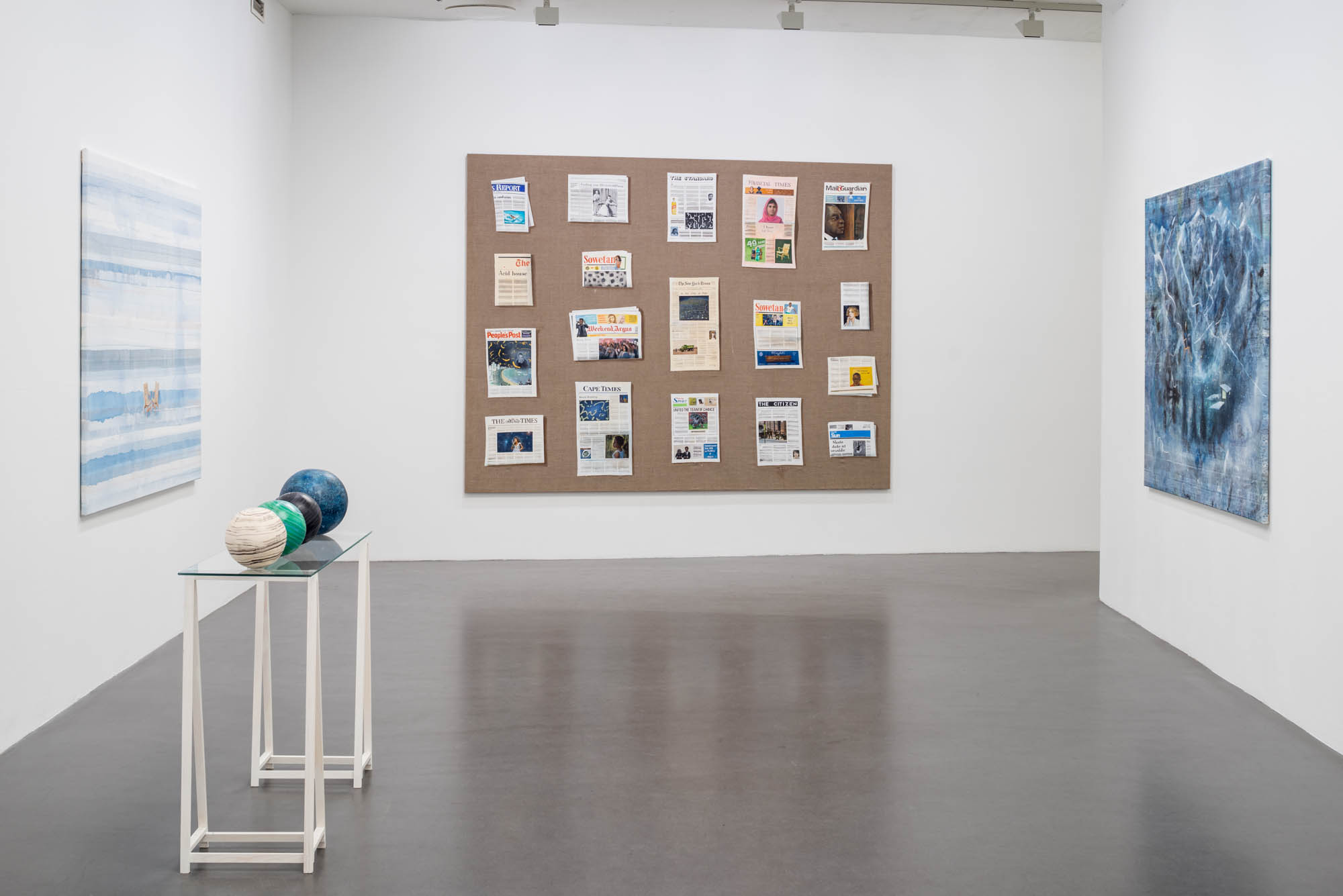 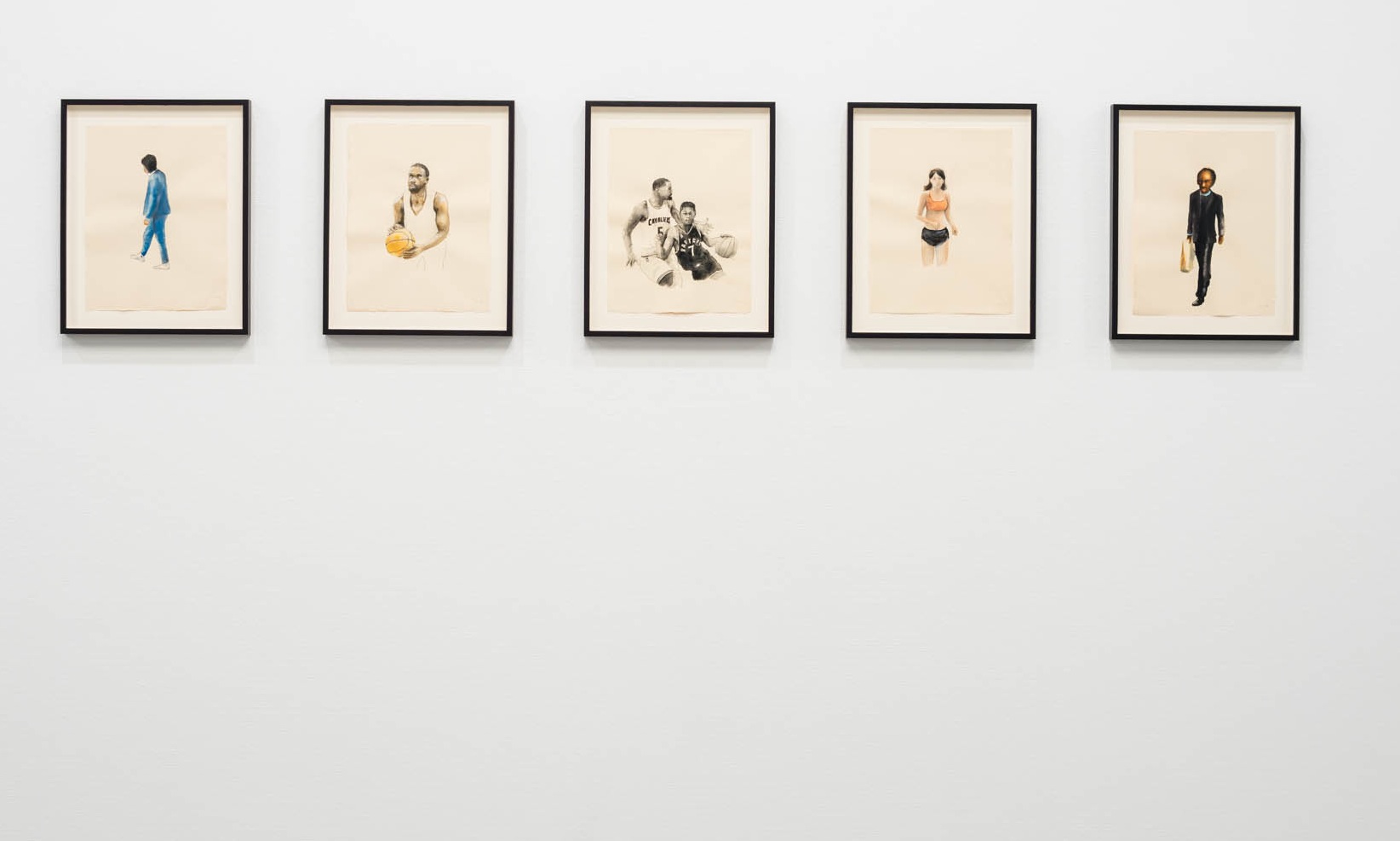 In the works of Tom Cullberg, ”Whatever Happens”, there is a rich flow of various forms of images and subjects that is emerging. A purely abstract image where color and shape create a kind of a sign system, follows in the next painting by a purely figurative portrayal of, for instance, a man or woman in a restrained movement. But figuration and abstraction often meet in the same painting. Sometimes almost hidden among abstract color fields, buildings or chairs emerge, which creates its own internal image balance. The paintings’ subjects and different representations are yet intertwined and combined into an overall narrative of events and moments in life. The abstract image and the figurative go in and out of each other in an alternating motion that produces an existential atmosphere.

The rotation that can be seen in the paintings is also present in a number of spherical objects or sculptures. They are arranged in the room in a kind of a planetary system and can be considered in relation to the paintings. Together, the paintings and the objects are circulating in between the specific in life in a certain place at a certain time, and the earth axis around which everything and everyone is turning.

In Pauliina Pietilä’s presentation ”Between Red and Green”, we meet two paintings based on two different interiors. One is a still life arranged in a home, the other shows an interior detail from a Massage parlor, seen through a store window. The paintings of Pauliina Pietilä are often characterized by the light, shadows, reflections, subtle details and careful juxtapositions of color and shade that render a specific sense to the image. The intensity of color, and the light that appears to come from the inside of the painting, creates an atmosphere so dense, that you are tempted to reach out and touch. Warm tones are broken against cold ones, and attract your gaze to wander deeper into the painting and to carefully explore the interiors. In these paintings, there is an exploration going on of the condition and relation between light and objects that recalls the painting tradition in the 17th century, the spirit of Vermeer and his penetrating still-lifes of profane interiors, home and domestic chores.

Tom Cullberg was born in 1972 in Stockholm, educated at Mihaelis School of Fine Art, Cape Town (1993 – 1997). Tom Cullberg has exhibited in many solo and group exhibitions in South Africa and in New York, London och Milano. In November he has an upcoming exhibition in Sydney, Australien.