Galleri Flach+Thulin is pleased to present new works by Kristoffer Nilson in the exhibition 2010. It consists of three develops the earlier themes that the artist have worked with: invisible structures in everyday life. – It is about an aesthetic detective work, says Kristoffer Nilson.

In the magnificent series “Front”, consisting of fifteen paintings in subtle colours, the artist has used post office labels as model. In the pictures we encounter the labels anonymous signs appear in a new context, where the lines are suddenly transformed into a purely aesthetic idiom that is rich in associative meanings. The exact craft appears in the grey pencil strokes that cut through the dense and at the same time matte, silky smooth chalk foundation.

The paintings standing, “object-like”-format, together with the somewhat satiated pastel colours and lines makes one think about objects such as cellular phones, sneakers etc. It is as if the paintings want to reveal a “hidden” agenda, that behind the labels anonymous form also lays an aesthetics that can be sensed in completely different objects and contexts.In the other series, “Backsides” the format is smaller and outline the carbon drawing on the backside of the postal label. Here the form appears in a different way, it is more sculptural and architectonic. In a grand picture, wallpapered directly on the wall and placed between these two series, a blown up sketch is visible, a sketch that form the basis of these “backsides”. The picture has emerged out of chance, as the artist has used it as a test surface for colour and lines. Suddenly a complex picture has appeared that create questions far from its haphazard origin. What is concealed? 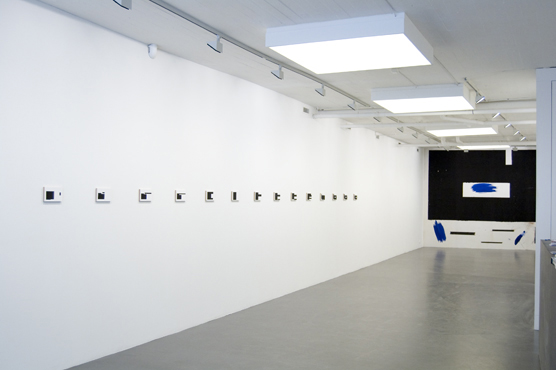 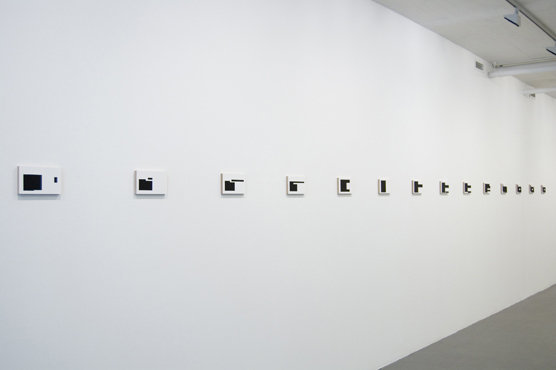 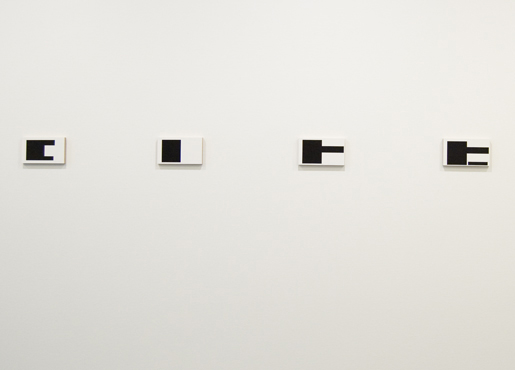 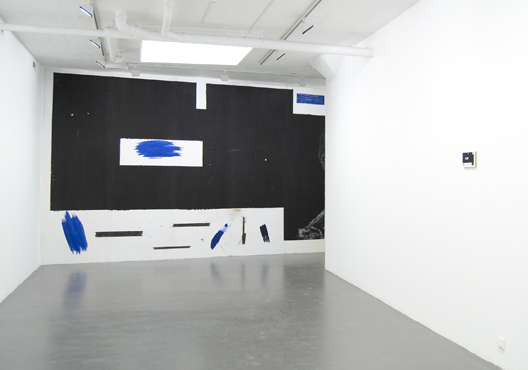 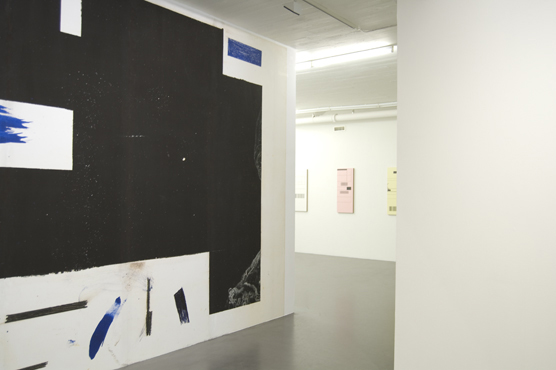 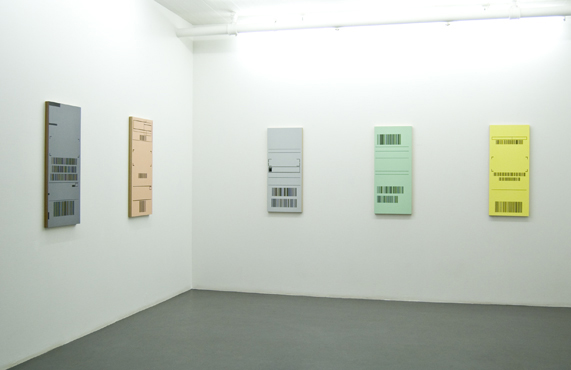 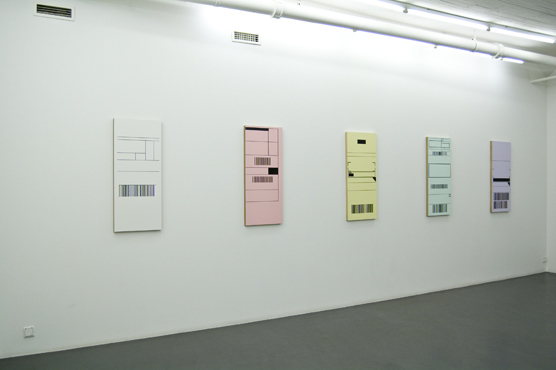 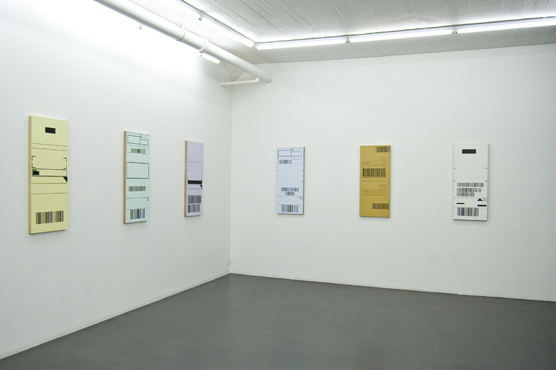