We are proud to present Swindled Seeing, Karin Ohlin’s first solo exhibition at Galleri Flach. Since graduating from the Royal Institute of Art in 1995, Karin Ohlin has created art in condensed formats, producing a body of work that has won recognition on the Swedish art scene on the strength of its poetic, multifaceted reductions.

This show features works elaborating on the themes that Karin Ohlin has presented previously in various galleries and museums. Ohlin’s distilled imagery, which combines surrealism with minimalist objecthood and stringency, scrutinises the world from a position that inspires wonder and fascination.

Seeing and the explorative gaze have always been at the core of Karin Ohlin’s oeuvre. This is especially pronounced in the works in this exhibition that focus on everyday paraphernalia: doors, mirrors, streetlights and pocket cameras. Karin Ohlin endeavours to demonstrate the visual and formal brilliance of these objects. Meticulously and carefully crafted (her own and others’), these sculptures may appear deceptively similar to their originals, and could, at a cursory glance, be mistaken for readymades, were it not for the displacements, alterations and rearrangements that suddenly enhance entirely different dimensions in these works and open them up to a new way of seeing. 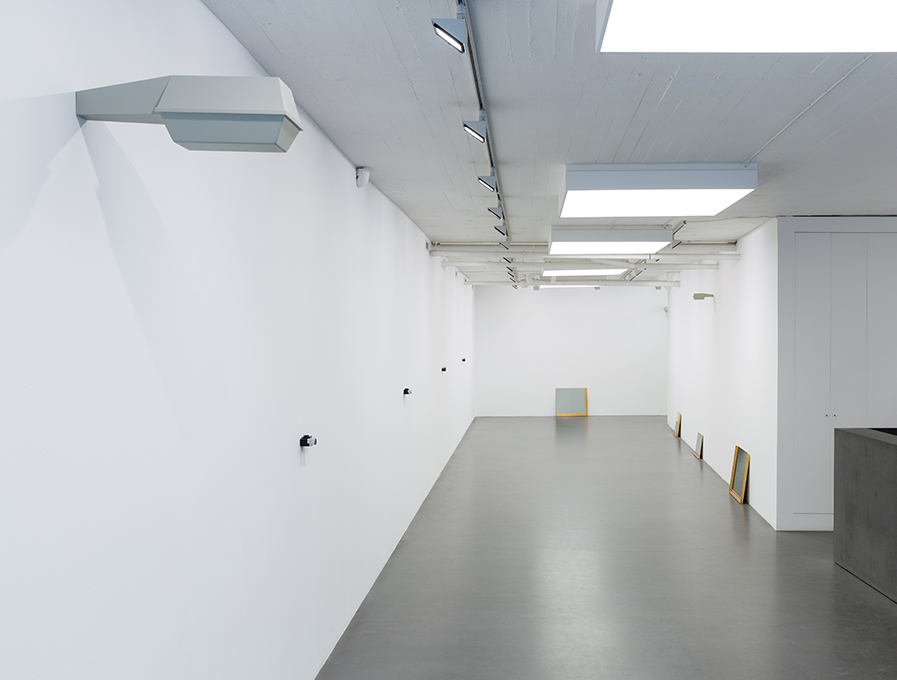 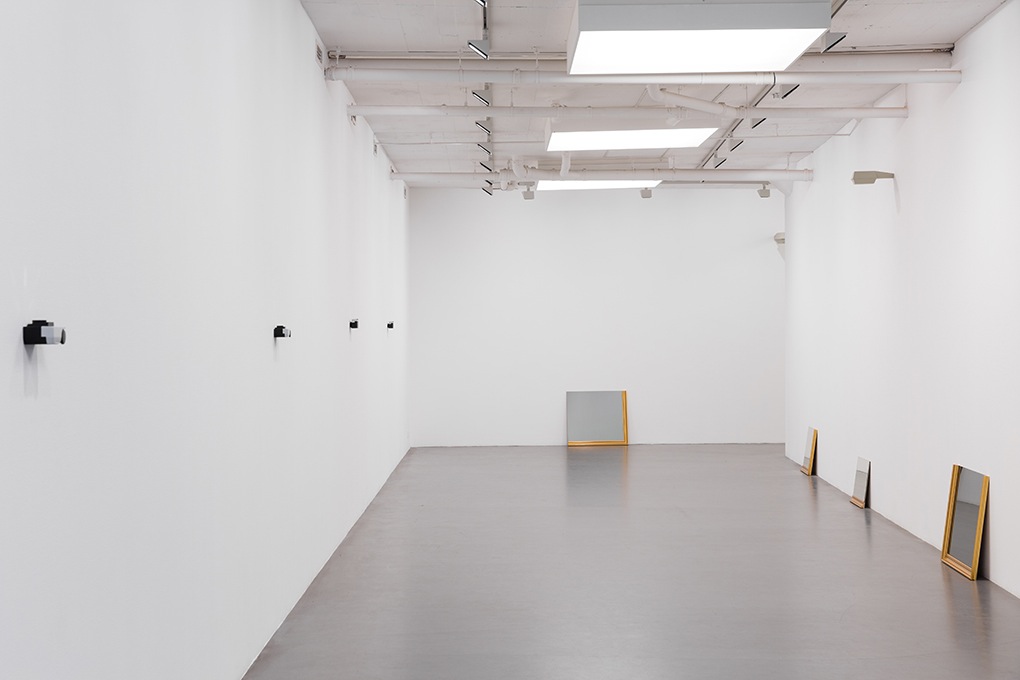 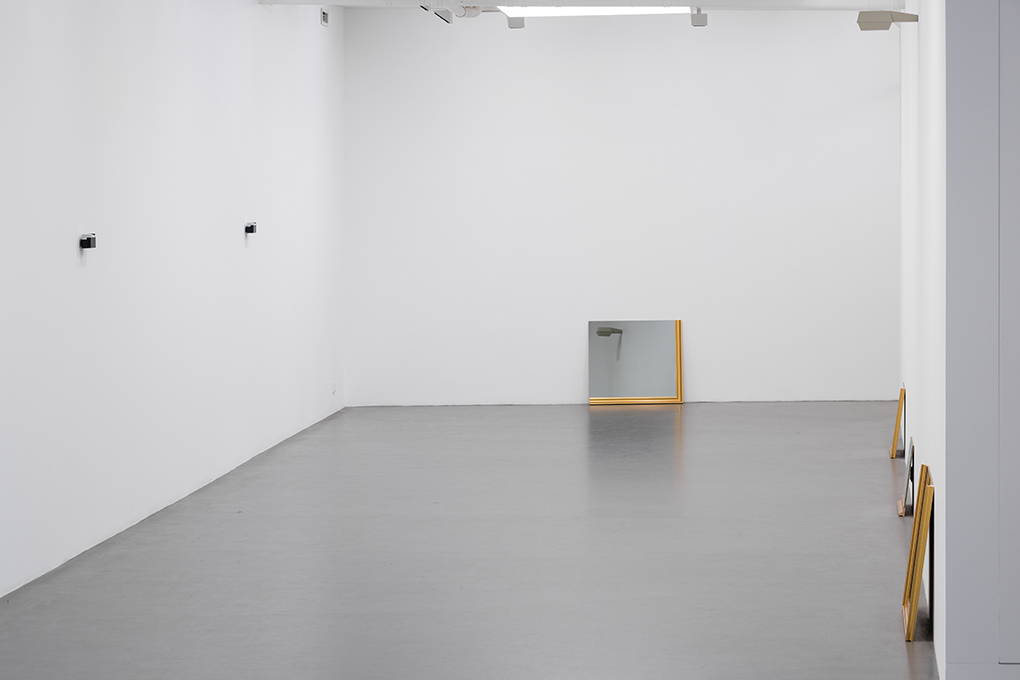 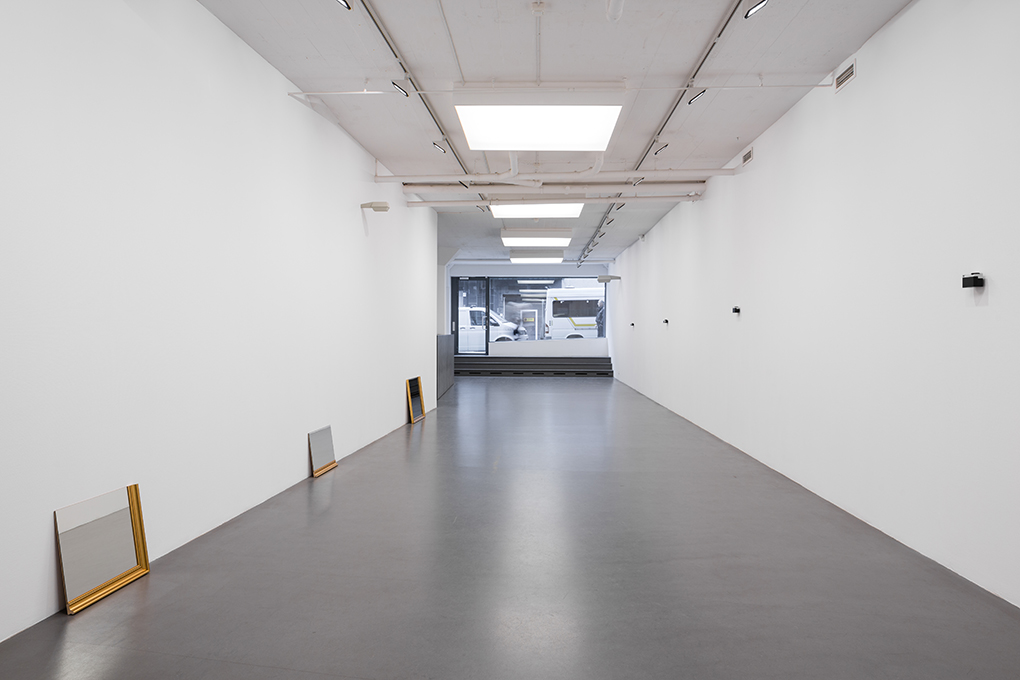 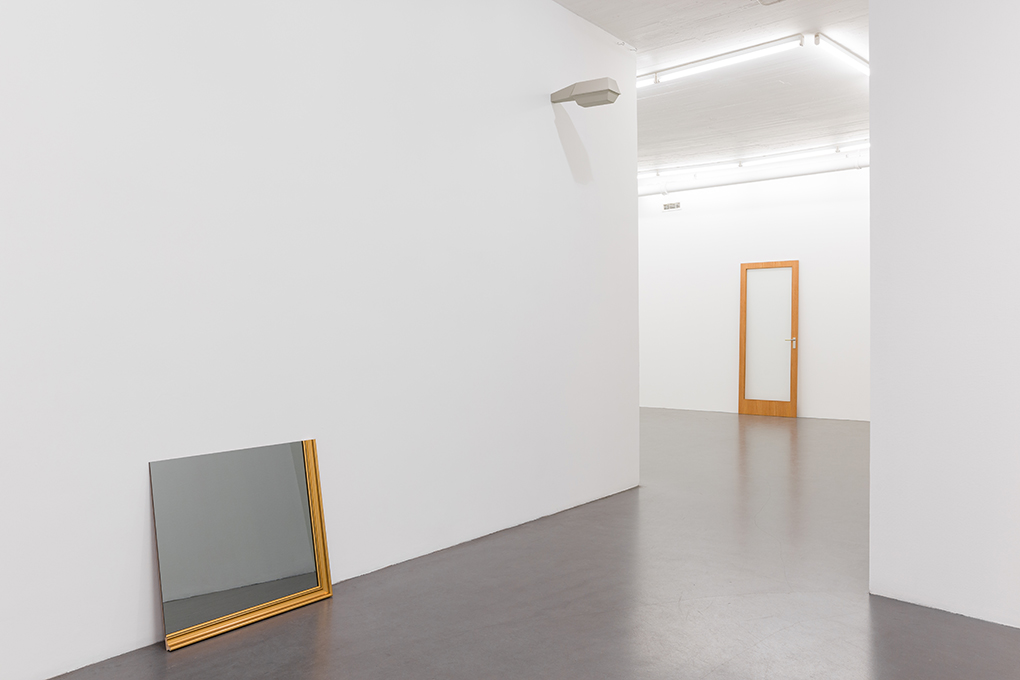 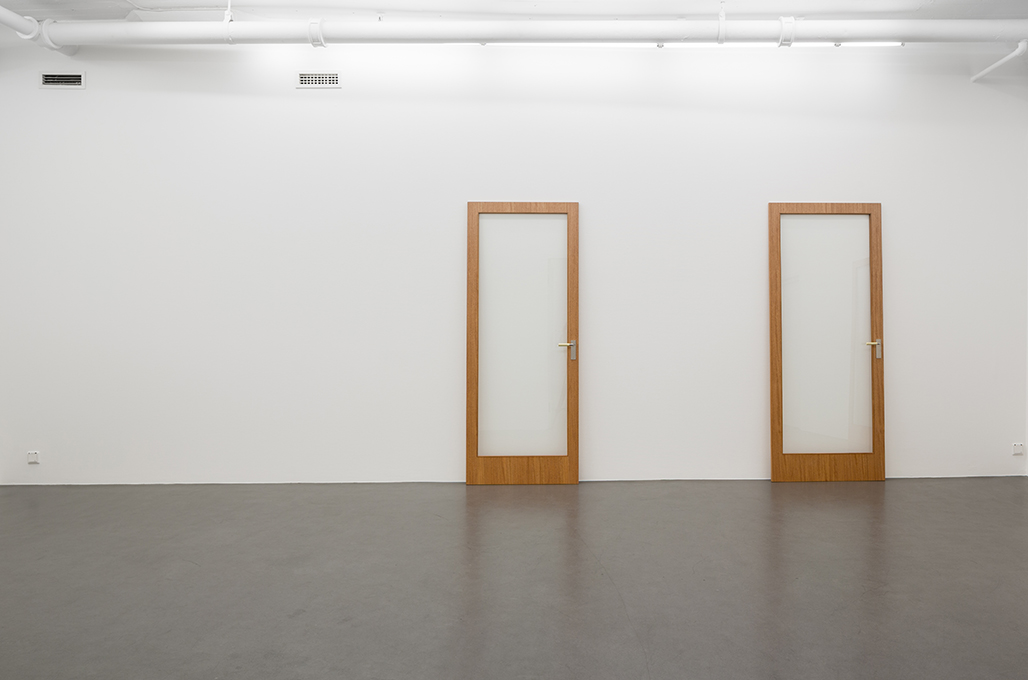 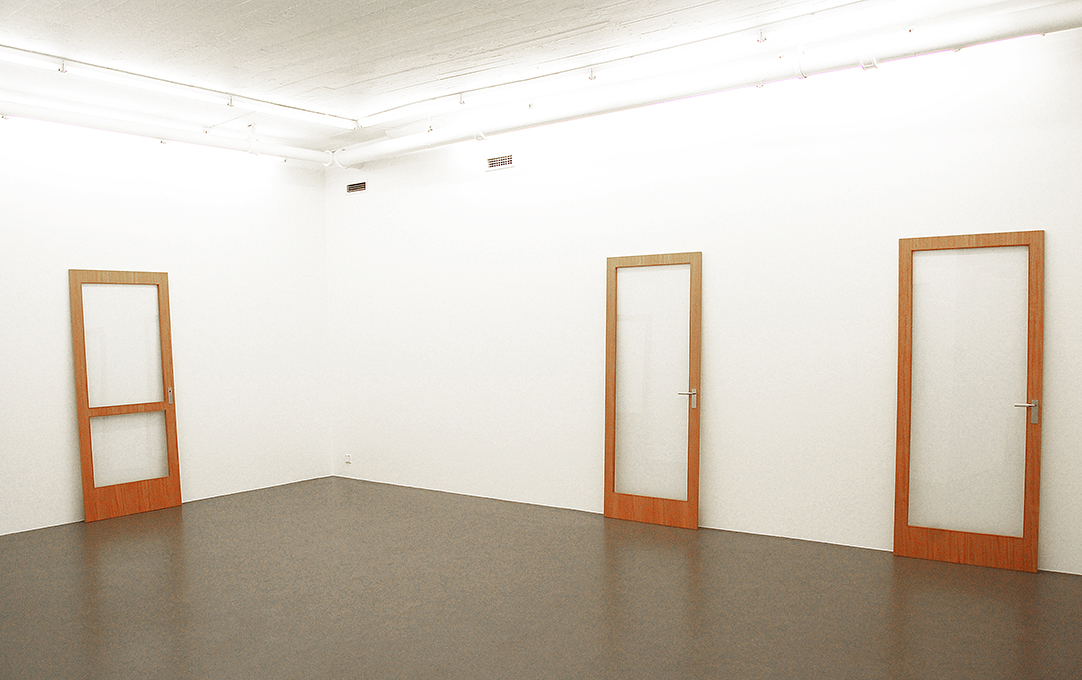 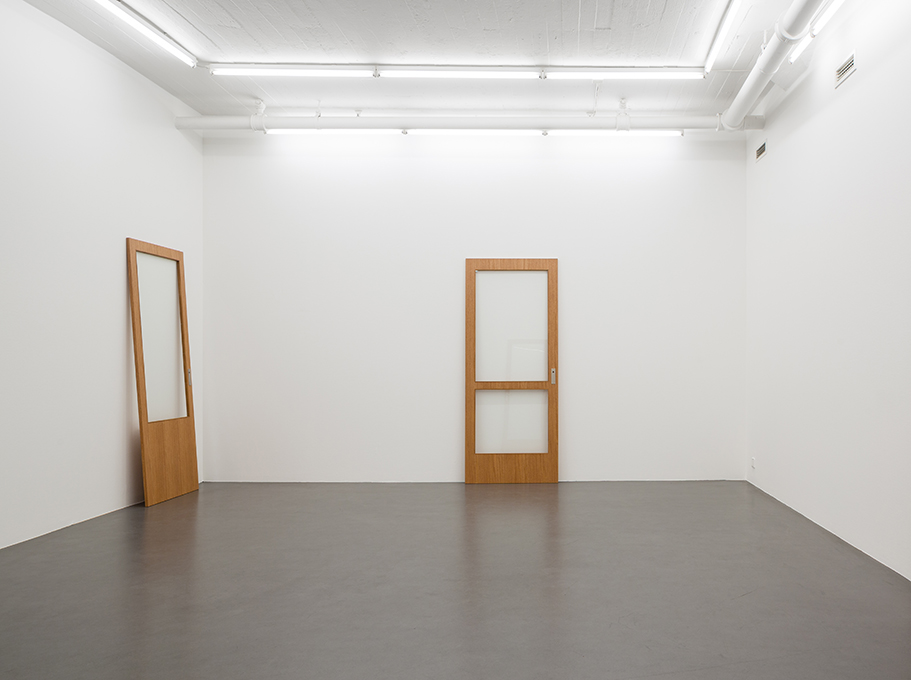 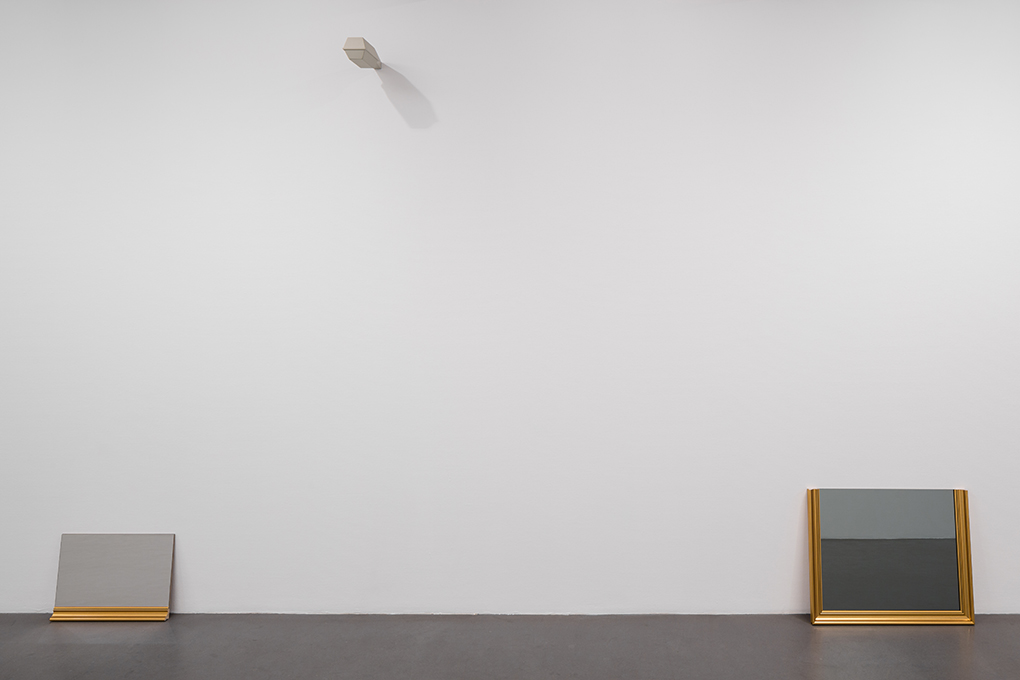 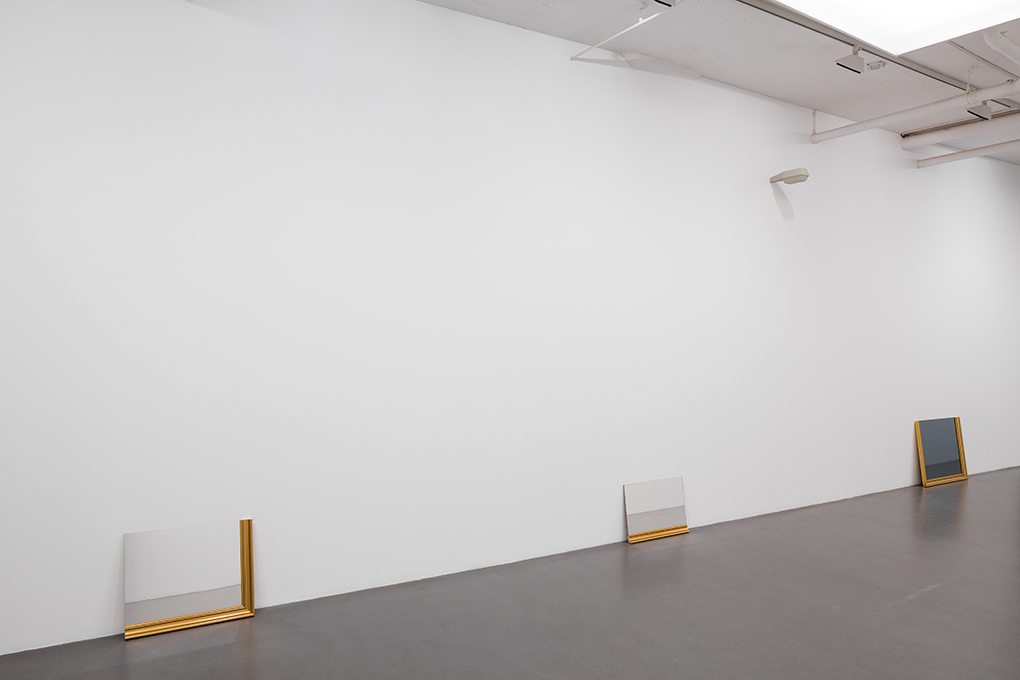 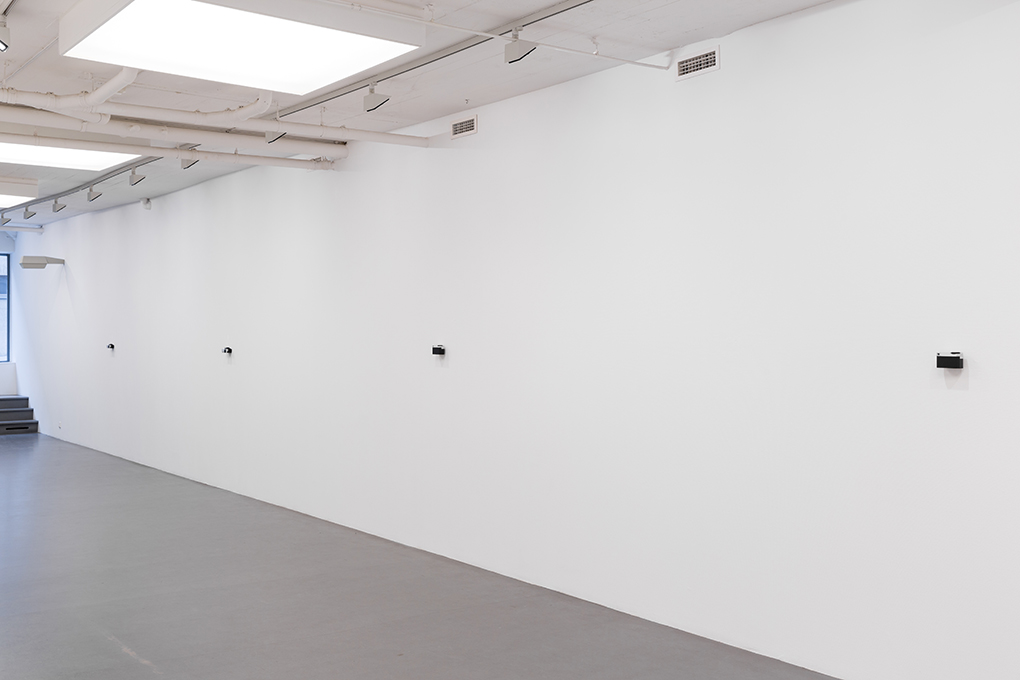 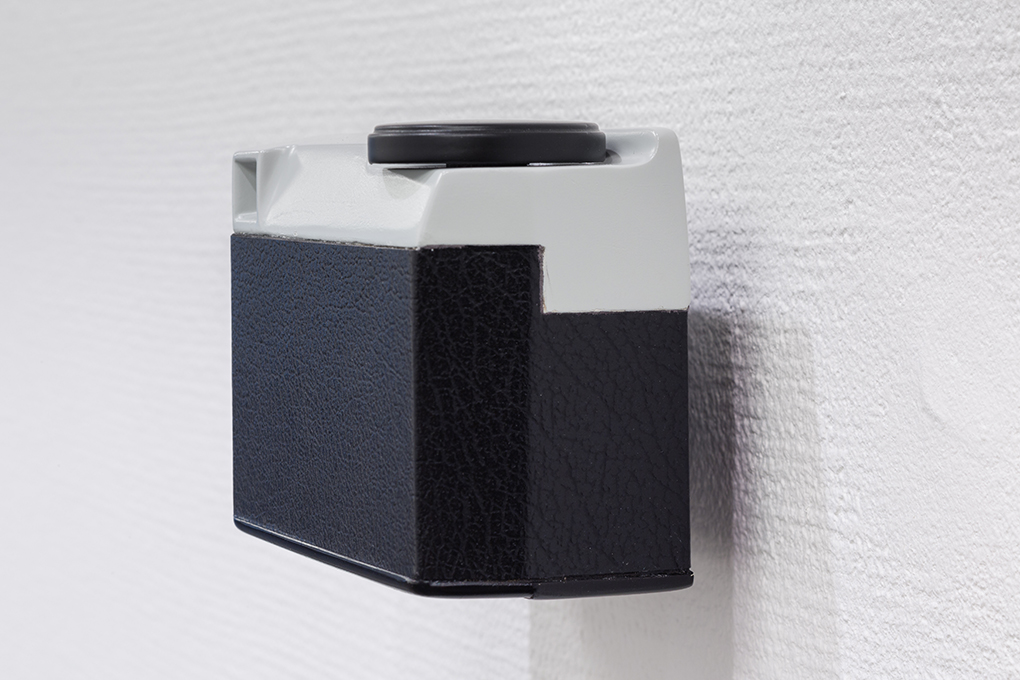 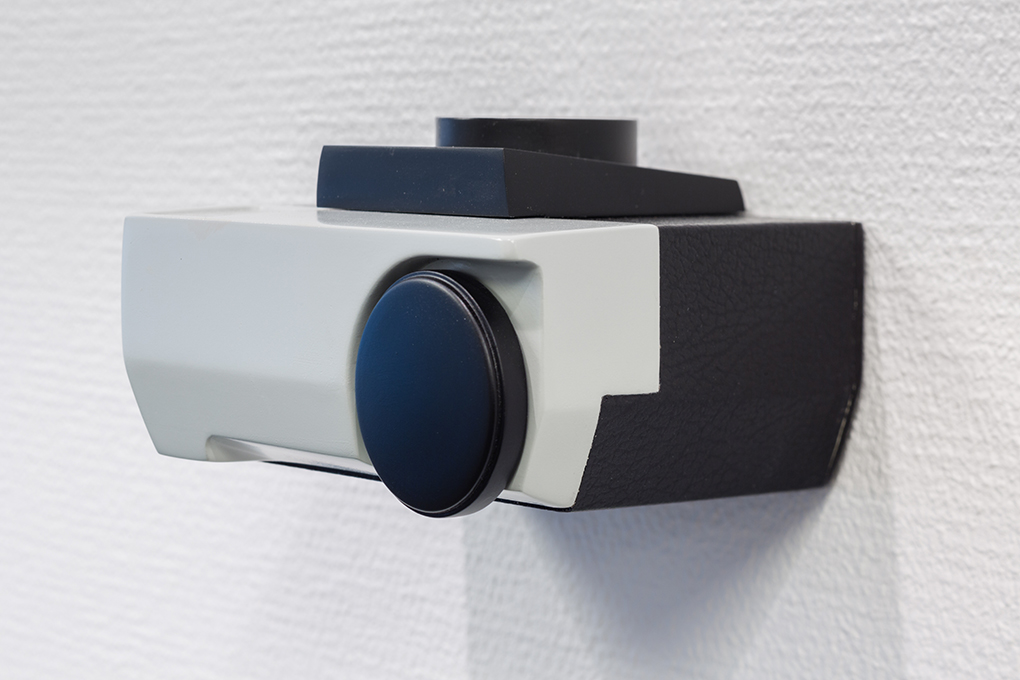 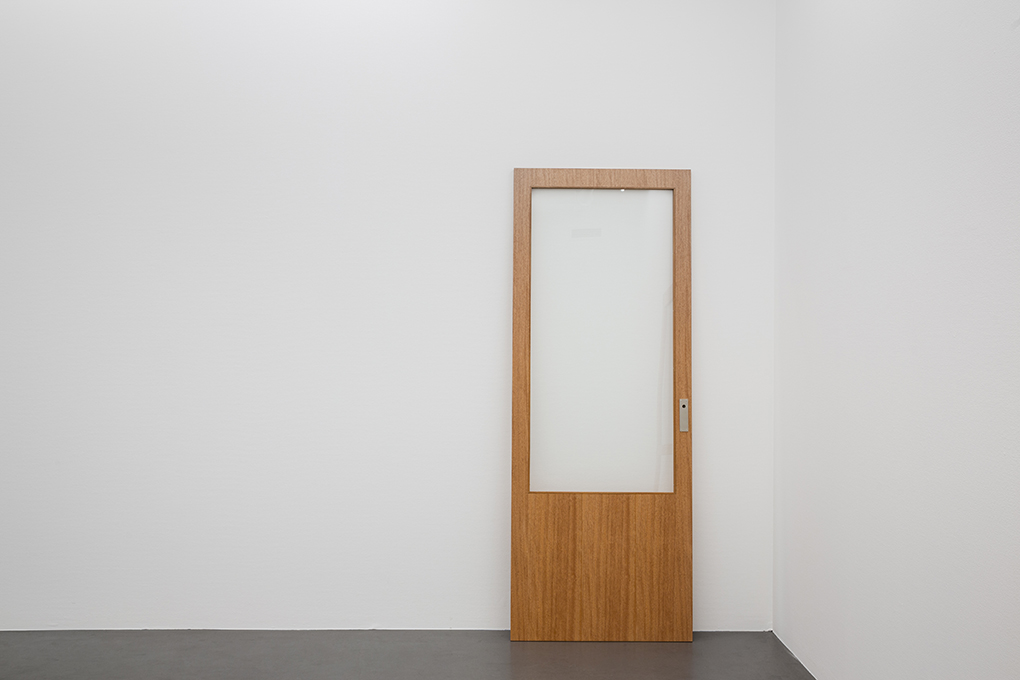 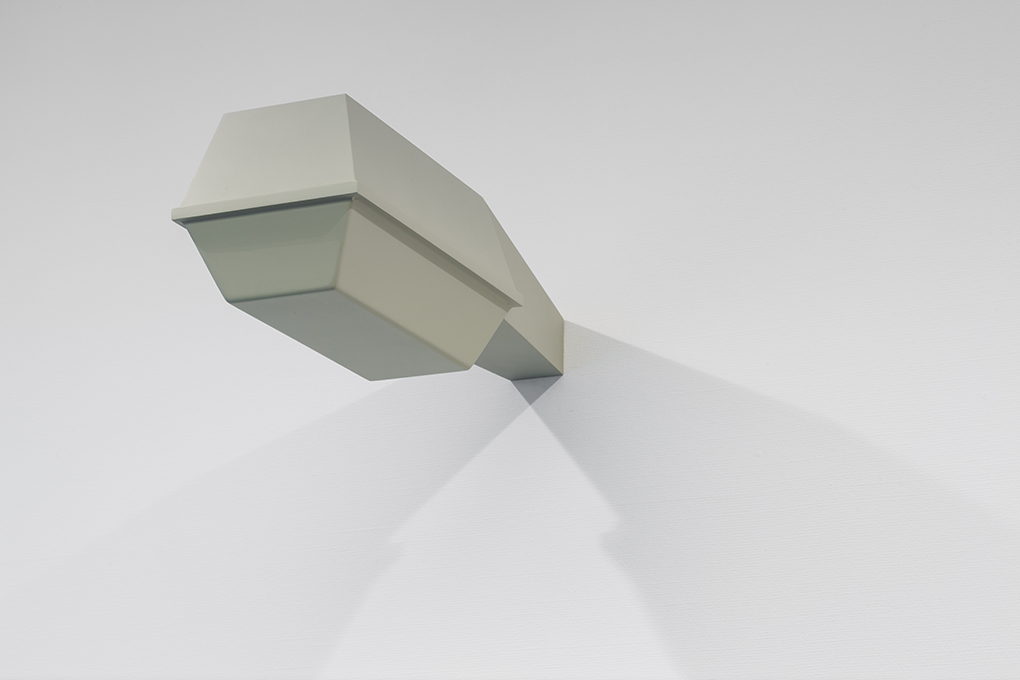 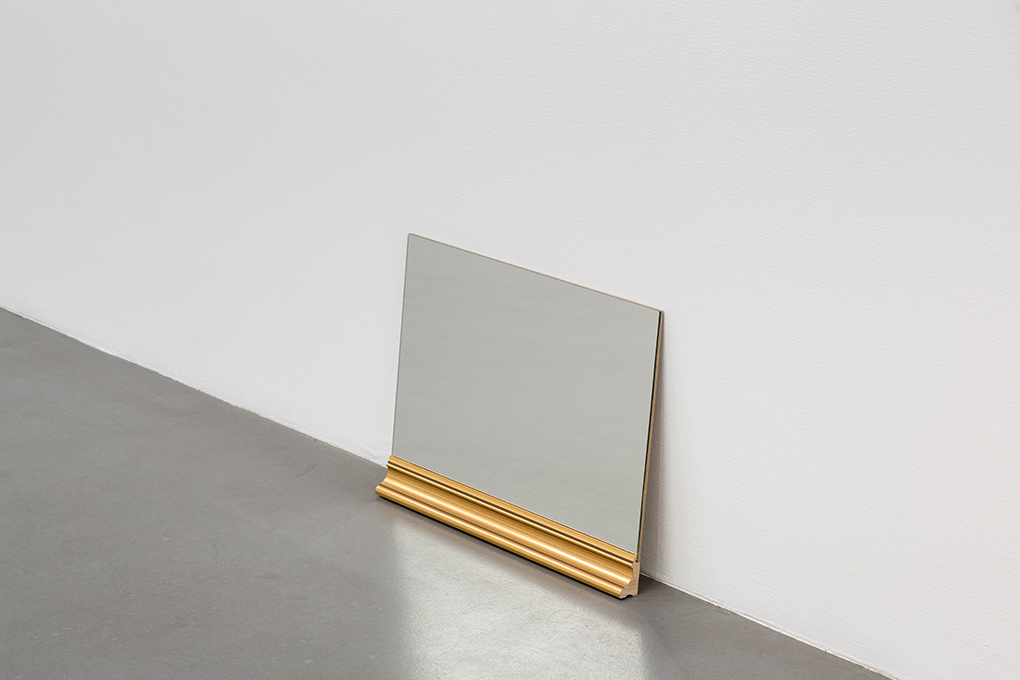 Karin Ohlin often uses opaque, not to say impermeable surfaces that give her sculptures a formal solidity and spatial presence. This opacity is elegantly broken up in the exhibition with a series of mirrors that the artist began working on a few years previously. Placed on the floor, and cut into sections, as though they had been extruded from a larger framework, these mirrors capture and reflect the space without meeting the beholder’s eye. Both the frame with its gilt profile and the reflections of the mirror surface emphasise the ambiguity of all our seeing. The golden, shimmering frame of the mirror provides an intriguing contrast to an otherwise terse design.

A similar fascination is evoked by a series of doors in a memory-evoking 1960s style of pale brown veneer. These doors have occurred in various sizes in previous works, placed around the room to play with our spatial perception. Here, they are presented in full size, causing a puzzling effect by suggesting a dual presence, as actual functioning doors and as sculptural objects. Slowly, an intricate network of associations evolves between the objects that point out towards a reality in which the objects were once shaped.